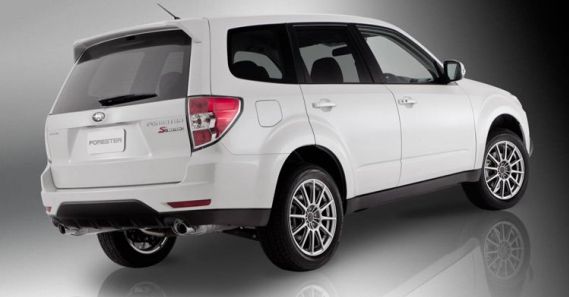 Subaru has unveiled a new take on its Forester SUV in the form of a concept launched at the Australian International Motor Show. The Forester S-Edition is the most powerful Forester out there, borrowing the 2.5-liter turbocharged boxer four from the WRX. It puts out 260 horses and 256 lb-ft. of torque through a five-speed paddle-shift automatic. Other performance upgrades include an all-wheel-drive with Variable Torque Distribution and retuned suspension. It also gets 17-inch STI alloy wheels.

Subaru has all but confirmed a production version for the Australian market, and if we’re lucky this one will make it out of Australia. [via The Auto Channel]