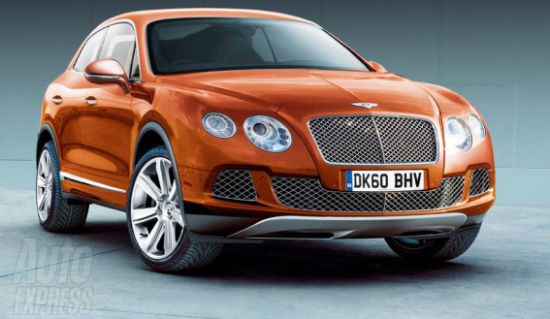 (Auto Express mock-up) Looks worse than I could have ever imagined...

Surprise, surprise. Another luxury crossover is coming our way. This time itâ€™s from Bentley. According to Auto Express, a crossover is one of three Porsche-platformed Bentleys being planned over the next few years.

The crossover, which may be called the Cross Continental, would share a platform with the Cayenne, but would get a more premium interior and feature W12 and V8 engines borrowed from the Continental GT. Cost is being speculated at around 120,000 pounds ($195,000).