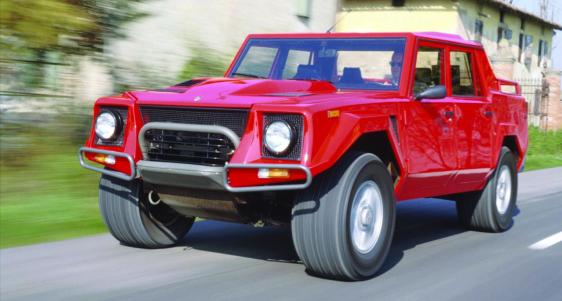 A while back, we caught wind of the return of the Rambo Lambo. We were more than a little enthused. But some unfortunate details conveyed by Auto Express today, have us doing a rapid 180. It seems that Lamborghini isn’t planning a true LM002 successor, but instead is following the market trend of watering SUVs down into car-based CUVs. While we don’t mind this trend when it comes to the likes of the Ford Explorer, it is completely unbecoming on the LM002-one of the baddest, ruggedest military-inspired off-roaders in history.

As AE’s story goes, the Lambo “LM00X” will be based on the same platform as other VW CUVs like the forthcoming Porsche Cajun and the Audi Q5. It will be giving up the V12 power of its successor for a more modest 550-hp twin-turbo V8.

If all that isn’t bad enough, the worst news is yet to come. Instead of making the LM00X a hard-lined, brutish SUV on the outside, Lamborghini is intent on blending it with the rest of its line-meaning a supercar-ish look that is sure to make the three-door even more girly than it already is. Think a more powerful but just as $#**ty-looking Porsche Cayenne.

Why Lamborghini would choose to bring the LM002 back just to crap all over it and give the market yet another CUV is beyond me. I’d rather they’d have just left well enough alone. Hopefully, AE’s information is completely wrong. [via Auto Express]