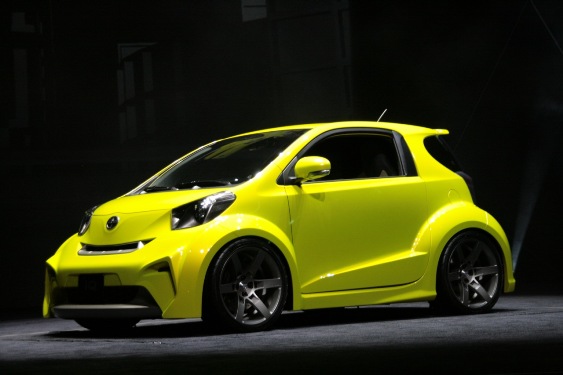 Originally slated to hit the US in late 2010, 2011 or 2012, the Toyota iQ to be branded as a Scion will be hitting stores in September or October of next year. Though Scion’s official line is that they’re busy with the new tC and are merely pushing for the iQ, Autoweek cited an anonymous Scion dealer in reporting that the iQ is indeed on its way for next fall. With Scion’s sales breaking the floor-down 57.8% through July-the iQ could provide just the lift they need. The iQ, which has been selling in Japan and Europe since Q4 2008, is 117.5 inches long, seats three adults and one child, and gets 66 MPG. The iQ was received with open arms at the New York Auto Show where it was displayed as a concept (pictured below). [Autoweek via AutoBlog]